I’m delighted that my book, Treacherous Play, is out now with MIT Press. The whole manuscript is available for free through MIT’s Direct-to-Open program 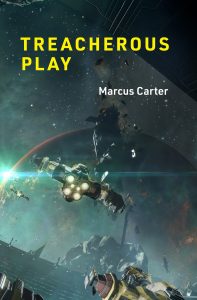 The ethics and experience of “treacherous play”: an exploration of three games that allow deception and betrayal—EVE Online, DayZ, and Survivor.

Deception and betrayal in gameplay are generally considered off-limits, designed out of most multiplayer games. There are a few games, however, in which deception and betrayal are allowed, and even encouraged. In Treacherous Play, Marcus Carter explores the ethics and experience of playing such games, offering detailed explorations of three games in which this kind of “dark play” is both lawful and advantageous: EVE Online, DayZ, and the television series Survivor. Examining aspects of games that are often hidden, ignored, or designed away, Carter shows the appeal of playing treacherously.

Carter looks at EVE Online‘s notorious scammers and spies, drawing on his own extensive studies of them, and describes how treacherous play makes EVE successful. Making a distinction between treacherous play and griefing or trolling, he examines the experiences of DayZ players to show how negative experiences can be positive in games, and a core part of their appeal. And he explains how in Survivor‘s tribal council votes, a player’s acts of betrayal can exact a cost. Then, considering these games in terms of their design, he discusses how to design for treacherous play.

Carter’s account challenges the common assumptions that treacherous play is unethical, antisocial, and engaged in by bad people. He doesn’t claim that more games should feature treachery, but that examining this kind of play sheds new light on what play can be.

“To succinctly summarize what made DayZ a phenomenon is difficult, but Marcus Carter’s description of human nature and interaction captures the premise brilliantly.”

“A fascinating study in nontraditional game design. Marcus Carter’s Treacherous Play includes some of the best writing about EVE Online yet published, investigating the inherent darkness of its design and the effect on its community.”

Andrew Groen, author of Empires of EVE: A History of the Great Wars of EVE Online

“As the importance of our virtual presence grows in our increasingly online world, Treacherous Play sheds light on why good people do bad things online.”

Treacherous Play is primarily based on work that developed from my ethnographic study of EVE Online player alliances during my PhD, which inspired related lines of inquiry into DayZ and Survivor. It pulls together various threads of scholarship from my prior publications, such as:

A full list of my publications is available here. If you can’t get enough of EVE Online – a challenging game to play, but an extremely enjoyable one to read about – you should check out our 2016 edited collection: Internet Spaceships are Serious Business: An EVE Online Reader and the EVE Online literature review 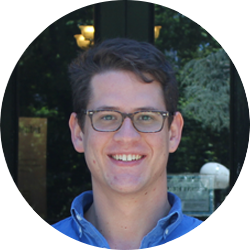 Dr Marcus Carter is a Senior Lecturer in Digital Cultures at The Univeristy of Sydney. His research focuses on digital games and emerging mixed reality technologies.

This is his personal webpage.